Occupation/role: Student, paranoid guy obsessed with aliens. Seriously, it's bad enough that a schizophrenic has outright asked him if he has a voice in his head too.


Relationship status: Single (Who even knows what's going on with Halley?)


Likes: Conspiracy theories, being able to wear his hat, computers and technology, researching tech, computer programming, anime with giant robots (guilty pleasure, whoops), taking notes on things and the people around him


Dislikes: any mentions of a certain cartoon platypus with the same name, anything requiring too much physical strain, interacting with people to a certain extent, sugary foods, when he gets headaches, humans in general


Personality: I mentioned paranoid already, right? Besides that he's introverted and prefers doing things on his own. Will become sarcastic, blunt, and often rude if forced to talk to people. Thinks he's a lot smarter than he actually is. Fairly judgemental and quick to label people as "stupid" and "useless". Overall; a dick.


Backstory: Perry's family started out normally enough. They were all fairly intelligent people with jobs for the government and technology companies. That is, until something crashed into the backyard of his grandparents house. They investigated this strange thing, only to find it was a broken spaceship. Naturally the Wembleys started salvaging what they could of the tech and tried reporting it to the government thinking, it'd change science forever—

...Only to get their asses laughed right out the door because seriously, aliens? A spaceship? Nutjobs. The fact that they brought in a bunch of supposed "evidence" of the existence of other lifeforms didn't help things much. By the time Perry was born the family was pretty much seen as a joke. Crazy Wembleys and all their crazy theories about aliens.

The only person to really escape the madness was Perry's uncle Nate, who supposedly died in a house fire when Perry was three. Supposedly being the key word, obviously the family has all kinds of theories as to what happened to him. Family get togethers usually end with them arguing about whether he was abducted by aliens or killed in a government cover up.

Naturally, Perry was raised into this culture, being told to observe everything and trust no one. It didn't exactly help him to make friends in school. Neither that the fact that he thought he was smarter than almost everyone in his class because he would put in the talented and gifted program at a young age. What, people don't like it when you act like they're idiots? What a shock.

A year ago Perry's parents were reading through some tabloids of questionable content when they found an article about a war between a few species of aliens that had taken place over the summer in a small town in West Virginia. Since there was a school in the area, and a good one at that, what better way to figure out information and possibly get some something that would prove the existence of aliens then to enroll her son in the local school?

Except Misery High is a high school and Perry wasn't old enough yet. Whoops. One year late is better than never, right? It's not like the aliens would have left or anything.

Since starting at Misery High: Perry learned pretty quickly that there were not only aliens at Misery High, but a whole slew of other strange things. One of his early encounters with the supernatural was during a full moon. A group of students were in the observatory for an extra credit assignment when Phoebe Albescu sarcastically said that she knew a werewolf. People took her literally and and she was forced to lead them to the wolf. It was during this that he also met Halley Twain and immediately started trading insults with em.

One day at a party shortly after the new year, he and Halley were trading their usual insults when they started making out. Perry doesn't remember this because Halley immediately wiped his memory. This isn't the only thing he's been forced to forget. He also ran into Phoebe with a member of her coven, Nathan Watterson. Or as he was known before he faked his death; Nate Wembley. Uncle Nate didn't want Perry to know that he was still alive, and ordered Perry to forget about the encounter.

Neither of these incidents would be worth noting, were it not for a certain mind probing ghost. Evangeline wanted to test her abilities and see if it was possible for her to bypass memory wipes and vampire commands. Turns out, it's possible. It's just very painful and has left Perry with headaches whenever he's reminded of the encounter.

He also does not remember Evangeline doing it. She messed with his memories so that he remembers Phoebe doing it. He attempted to confront her about it, only for Phoebe to stomp on his foot. Phoebe wears high heels. It broke his foot.

Nate later attempted to meet with Perry and explain everything and make peace with him, but Perry refused because he (correctly) believed that the coven has given him multiple commands to forget information. He may attempt revenge on the coven in the future.

One nice thing that happened during his future year was him becoming friends with Deanna. The two initially had a rocky relationship, but started acting nicer around each other. It might have become something more than a friendship.

Then one day he was in the common room with Ellie, Deanna, and Alejandro. It was almost summer and they were all out of their uniforms. Deanna was wearing a rather pretty necklace. This caught the attention of a ghost, Lenore. Lenore attacked Deanna, demanding her "sparkly" while clawing at her neck. Perry got the necklace off, but throwing it at Lenore and calling her a "hag" only made her angrier. Lenore tried to impale Perry with her claws, but Deanna was in the way. He could have pushed her out of the way, but didn't. Instead she had her collar bones ripped out. 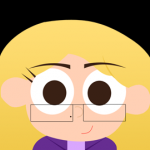