The Misery High Wiki
Register
Don't have an account?
Sign In
Advertisement
in: Class of 2011, Male Students, Graduates 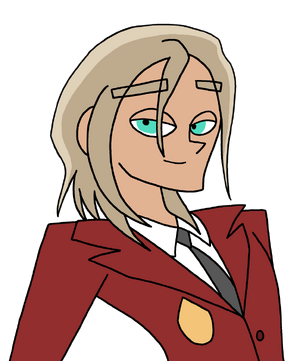 Dislikes: When things are out of order, messes, when no one is paying attention to him.

Personality: Sophisticated and well mannered. Likes to act fancy. Can be very crabby when set off but is usually a nice guy, is a germaphobe, an attention hog, and can be very over dramatic.

Bio: Raphael comes from a rich family that is very into the arts. Because of that, he was introduced to the theater at a young age and became hooked. He’s a good actor but he takes it a little too seriously sometimes. His family is also very strict when it comes to behavior. He grew up in sophistication and it shows. He’s a good student but can become a little cocky. He swoons all the ladies, and some of the guys, (or at least he likes to think so) and takes pride in everything he does. Except when he fails. Then he goes and sulks.

Community content is available under CC-BY-SA unless otherwise noted.
Advertisement